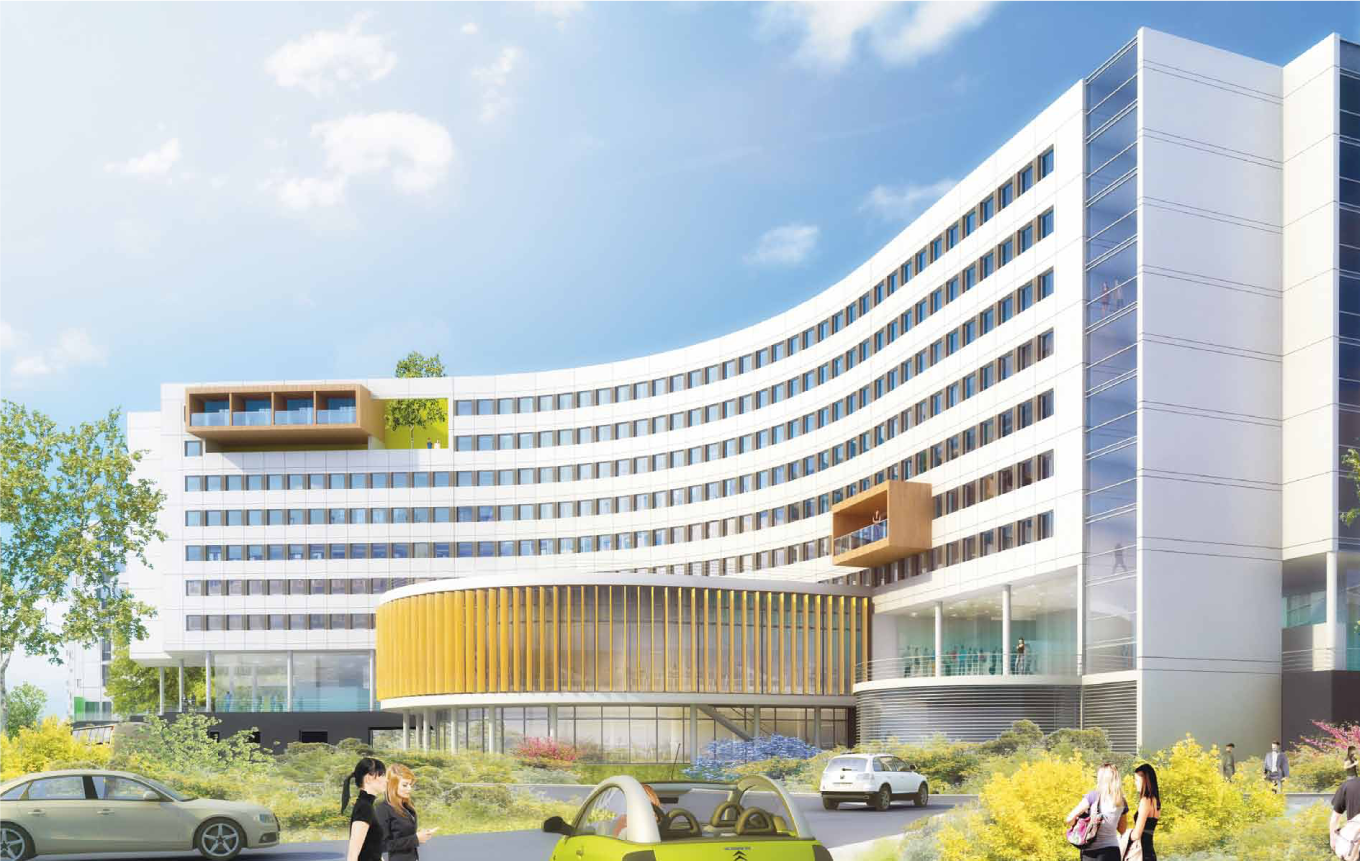 Just 4 kilometres from Paris-Charles de Gaulle Airport, ITC Paris will be able to capitalize on its central position to expand its scope throughout Europe. With 63.8 million passengers (according to 2014 figures), the Paris-Charles de Gaulle Airport platform is the busiest continental European airport and ranks eighth in the world in passenger traffic. The support of the first-rate logistics hub of the northern Paris region has put it at the top of the list of European airports for freight as well.

of a unique multimodal hub 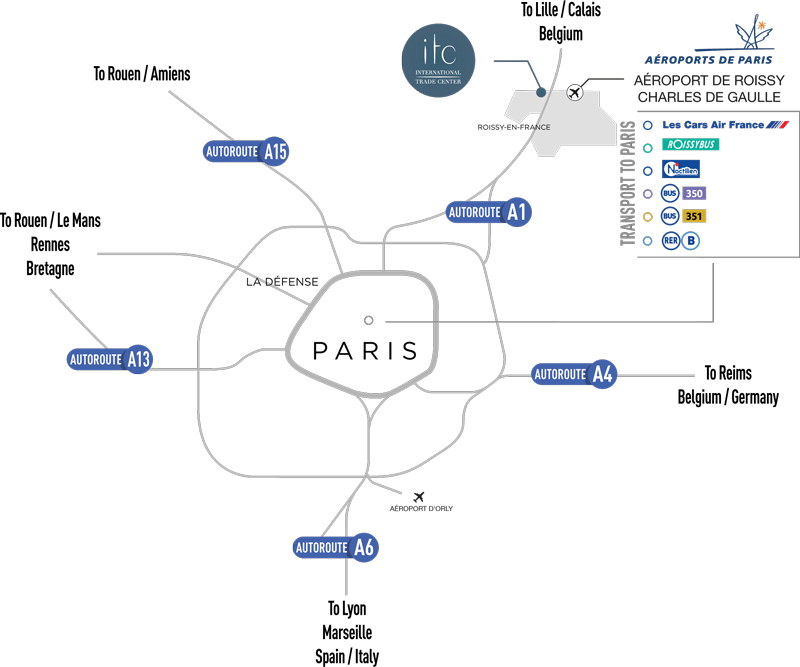 With passenger traffic mounting and investment reaching 3.1 billion euros over 5 years, the outlook is positive: annual growth is expected to reach 2.5% between 2016 and 2020. Availability of land near the site is one of the elements that make such infrastructure development possible.

The Roissy high-speed TGV railway station completes the efficiency of air transport, offering direct connections to the major Western European cities. By road, the site is accessible via by the French motorway network, which is connected to Europe’s major traffic arteries.

Existing infrastructures put ITC Paris at less than 2 hours from all the Western European capitals and major economic hubs.

On the regional level, ITC Paris will be connected to the capital by the RER commuter rail service. Under the Grand Paris development project, passengers taking the future Grand Paris Express will be able to get from the site to the tertiary hub of St. Denis and transfer to the line providing service to Paris-La Défense, the leading European business district.

Private shuttles provided by ITC Paris will take passengers to and from the airport in 10 minutes, thereby completing the existing network. A bus terminal will be installed at the foot of the exhibition centre and an aerial tramway connecting ITC Paris to the economic hub Paris Nord 2 is in the planning stage.

At the heart of a mature economic hub

that continues to expand

The authorities and private investors are currently backing a number of projects to inject vitality into the area north of Paris: